The primary objective of the CDBG Program is the development of viable urban communities, by providing decent housing and a suitable living environment, and expanding economic opportunities, principally for persons of low and moderate-income. 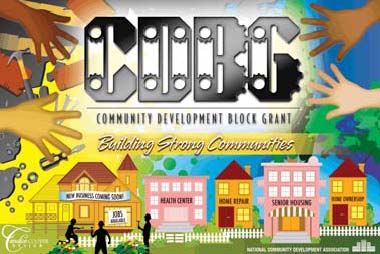 Each year, the U.S. Department of Housing and Community Development (HUD) distributes community development block grant funds to cities for their local community development projects. The City of Annapolis distributes these funds through the Community Development Block Grant (CDBG) program, based on its Five Year Housing and Community Development Consolidated Plan.  The Consolidated Plan is a five-year planning document which: 1) identifies housing needs and problems; 2) analyzes market conditions and resources; 3) sets priorities and adopts strategies; 4) allocates resources; and, 5) contains an annual action plan.  The Annual Action Plan identifies the amount of CDBG funds the City expects to use, the activities that the City will fund, and the goals the City set for the number and type of households the City expects to assist.

The City’s Community Development Division in the Planning and Zoning Department administers the CDBG program. The City Affordable Housing and Community Equity Development Commission has oversight responsibility for the CDBG program and the use of CDBG funds. The Commission recommends the funding to the City Council, which approves all CDBG-funded projects. The approved projects then become the basis for the CDBG Action Plan.

For the past 30 years, the City has used its CDBG funds to provide homeownership opportunities, housing rehabilitation services, and financial support for various human service organizations.

In accordance with the flexibility provided under the CARES Act to address Covid-19, the City’s Affordable Housing and Community Equity Development Commission will hold a virtual public hearing on the Draft AAP on Thursday, June 23, 2022 at 6:30 PM. The virtual meeting will be live streamed to the Boards and Commissions YouTube page (https://www.youtube.com/c/annapolisboardsandcommissions).

The purpose of the public hearing is to receive public comment on the AAP for the use of $550,913 in CDBG funds. If f you wish to participate in this ZOOM meeting, please register by sending your name, phone number and email address to coatv@annapolis.gov. City staff will send you the meeting login information. Registration is required by noon on June 23, 2022.

Residents without access to the internet may contact Theresa Wellman tcw@annapolis.gov to request a printed copy. Copies of the Draft AAP will be made available in a form accessible to persons with disabilities and persons with limited English proficiency upon request.

All comments will be considered and changes made if such changes are deemed appropriate prior to submitting the plan to HUD.

For additional information about the CDBG Program, please contact Ms. Wellman at 410-263-7961 extension 7798 or tcw@annapolis.gov.

As an entitlement community under the U.S. Department of Housing and Urban Development’s (HUD) Community Development Block Grant Program (CDBG), Annapolis is required, in accordance with the Housing and Community Development Act of 1974, as amended, to “affirmatively further fair housing.”  To show that the entitlement community is “affirmatively furthering fair housing,” it must conduct a fair housing analysis, which identifies any impediments to fair housing choice and the steps it will take to meet this requirement.  HUD advises communities that this Analysis of Impediments to Fair Housing (AI) should also address “Visitability,” the Section 504 Rehabilitation Act, the Americans with Disabilities Act, as well as the Fair Housing Act.

The HUD Fair Housing and Equal Opportunity (FHEO) Office is now advising Federal entitlement communities to update its Analysis of Impediments (AI) to Fair Housing Choice to coincide with its Five Year Consolidated Plan, and then every five (5) years thereafter.  In addition, each year the City, as part of its Annual Action Plan, must sign certifications that the City will affirmatively further fair housing.  Consequently, the City is currently working on its AI for FY 2020 to identify the appropriate actions to overcome the effects of any identified impediments.  The city must then maintain records reflecting what analysis and corrective actions were taken.