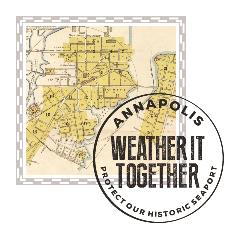 The City of Annapolis planning initiative, Weather It Together: Protect Our Historic Seaport, is an award-winning community-based planning program designed to adapt our historic community to minimize the risks associated with flooding. Whether it's a coastal storm, tidal flooding or the long-term reality of sea level rise, properties and public spaces within the flood hazard area are at risk.  Even the most conservative projections indicate that we might anticipate an increase in sea level and flood elevations of nearly 4 ft. by 2100.  But, our citizens and city leaders understand that we CAN and MUST adapt to rising water.  Annapolis is leading the way on this effort.

The City of Annapolis recently developed a Natural Hazard Mitigation Plan, which was updated in early 2018, to address various types of natural disasters prevalent to the region. However, the long-term concern for the accelerating rate of sea level rise and the devastation realized in the aftermath of Hurricane Sandy has created a sense of urgency in Annapolis for the development of a Cultural Resource Hazard Adaptation and Mitigation Plan (CRHMP). The CRHMP identifies and mitigates potential loss to historic resources associated with natural disasters, primarily threats to sea-level rise, subsidence, and flooding. By assessing the significance of cultural resources within the 100 year flood plain boundary and risk from flooding associated with those resources, planning for their preservation enables the City of Annapolis to better protect the architectural integrity of the Colonial Annapolis Landmark.  See the plan:

The planning process for the CHRMP began in 2013. The City of Annapolis secured funding by state and national sources to develop a plan following the approach recommended by the Federal Emergency Management Agency (FEMA) through its ‘how-to' guide to State and Local Mitigation Planning.

This approach outlines 4 phases in the development of a comprehensive CRHMP, to include: 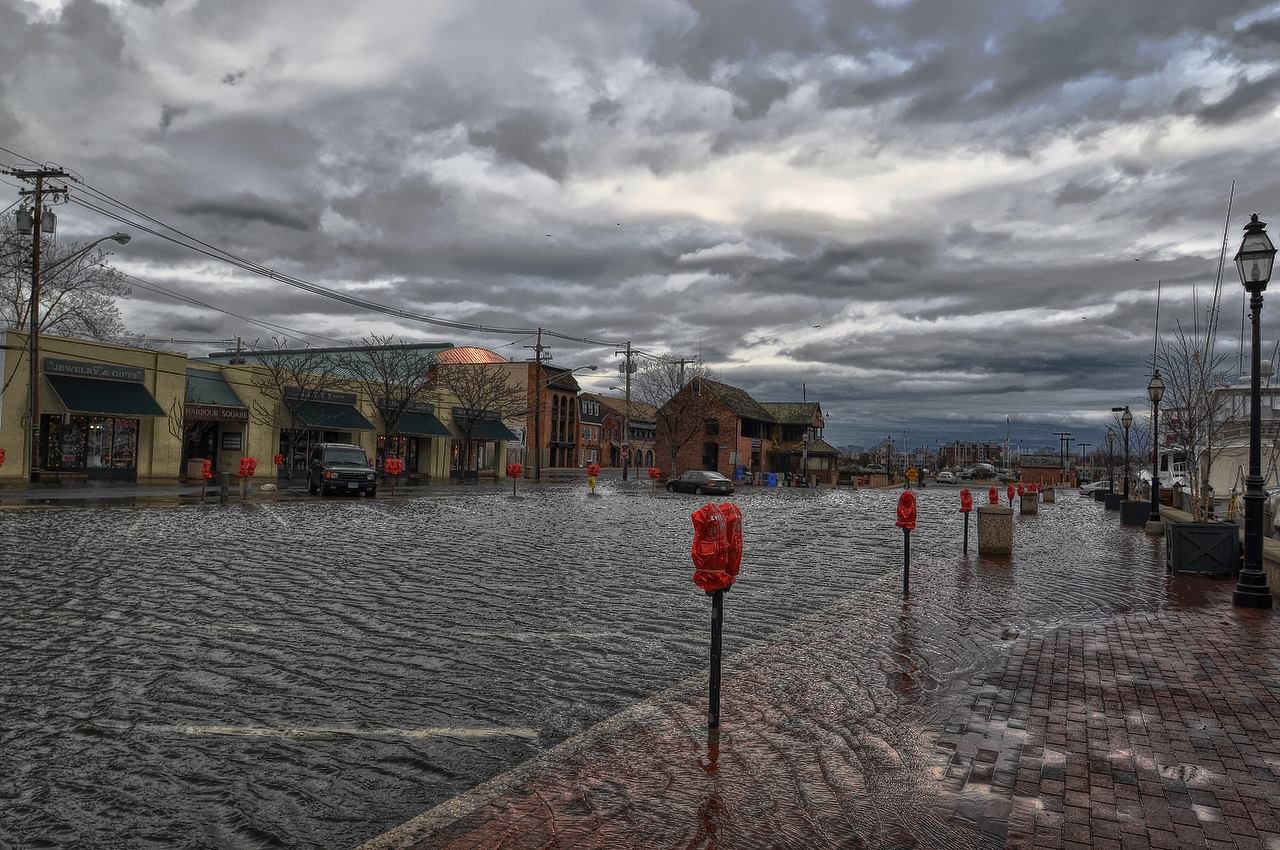 Landmark At Risk: Protecting the Historic Seaport of Annapolis, Maryland 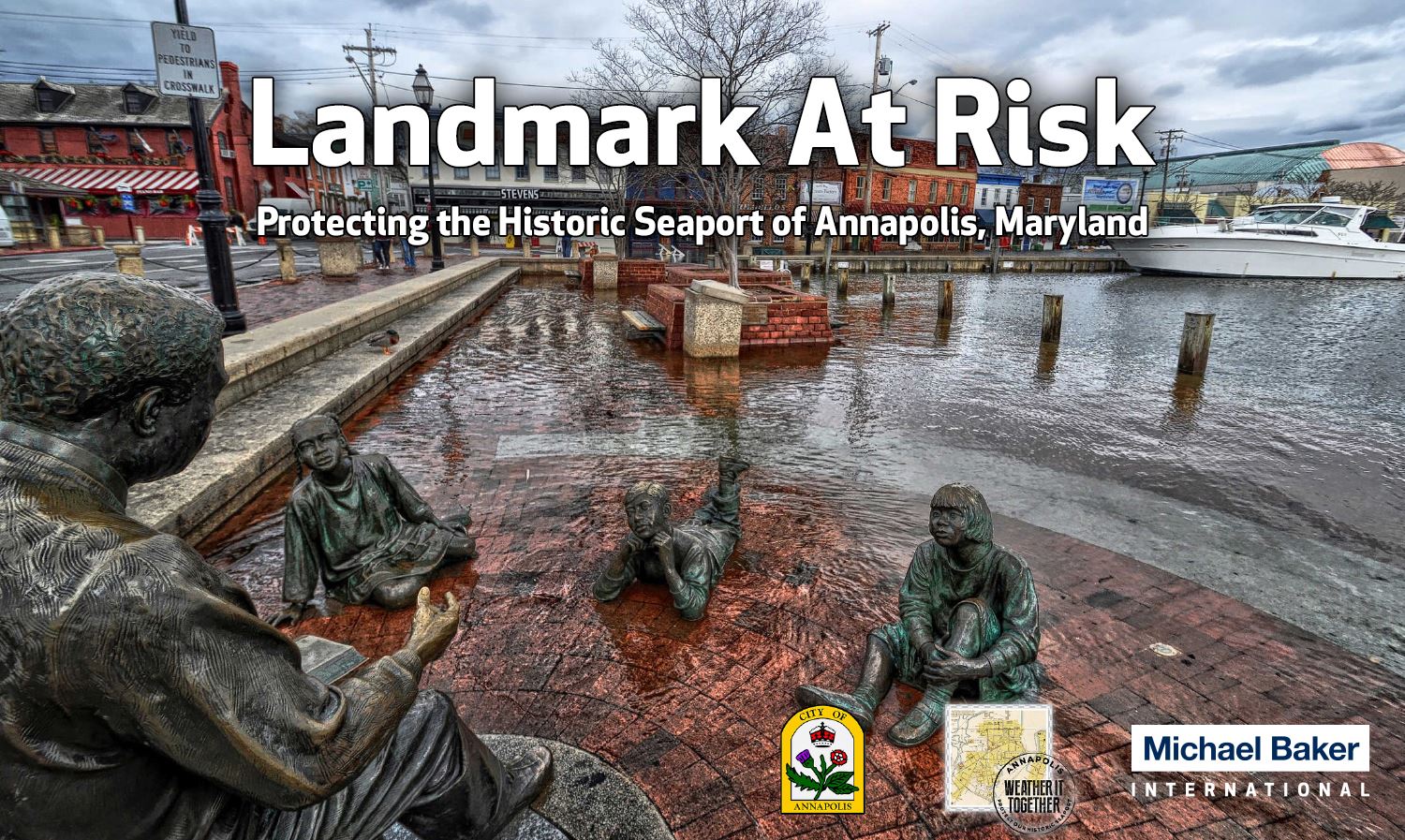 Communicating critical government planning projects involving climate change to community members is always a challenge. The City’s Weather it Together team, collaborated with the Planning Innovation Lab of Michael Baker International to developed an interactive resource that highlights the city’s efforts to address the local impacts of climate change on cultural resources through proactive hazard mitigation planning. Using several ArcGIS online applications, the team developed a story map that illustrates and describes, in a dynamic, user-friendly format, the flooding threat to the historic downtown. Interactive maps, participatory GIS, surveys, photo crowdsourcing, and other elements were incorporated to provide a platform for resident and stakeholder involvement. The story map entitled Landmark at Risk: Protecting the Historic Seaport of Annapolis, Maryland hopes to become the go-to resource, not only for the citizens of Annapolis, but for other communities facing the challenges of climate change.