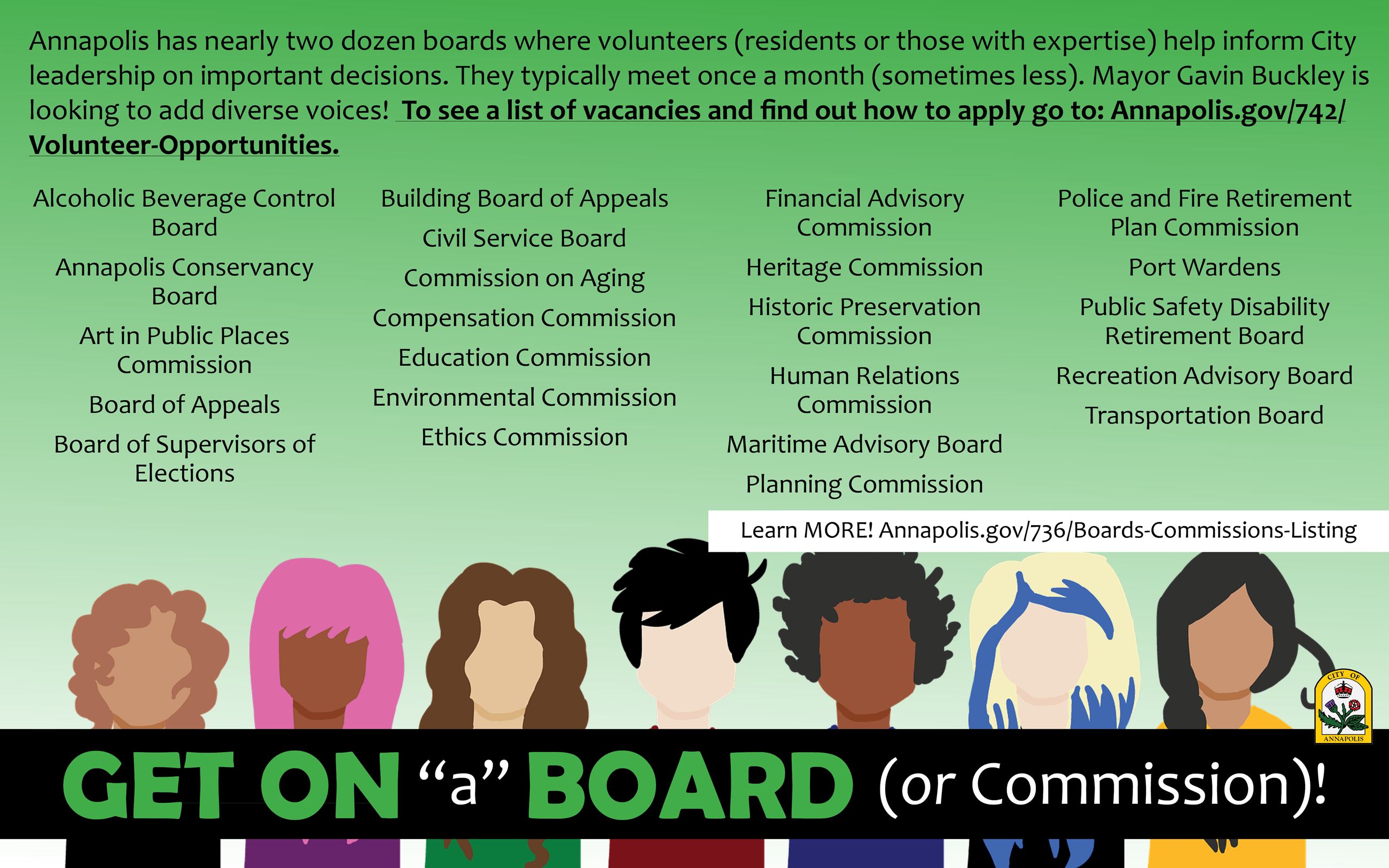 Annapolis has nearly two dozen boards where volunteers (residents or those with expertise) help inform City leadership on important decisions. They typically meet once a month.

Mayor Buckley believes that membership of the City of Annapolis Boards and Commissions should reflect the City’s diversity and represent the depth and breadth of voices from the community. We seek candidates of all races, ages, genders, sexual orientation, religions, ethnicities, and cultures. It is important that a diversity of voices represent the population to make decisions on behalf of the people of Annapolis and advise city staff and elected officials.

To apply for a position on a Board or Commission please complete the application below or send a resume to boards@annapolis.gov.

For questions about the process of joining a board, please contact boards@annapolis.gov