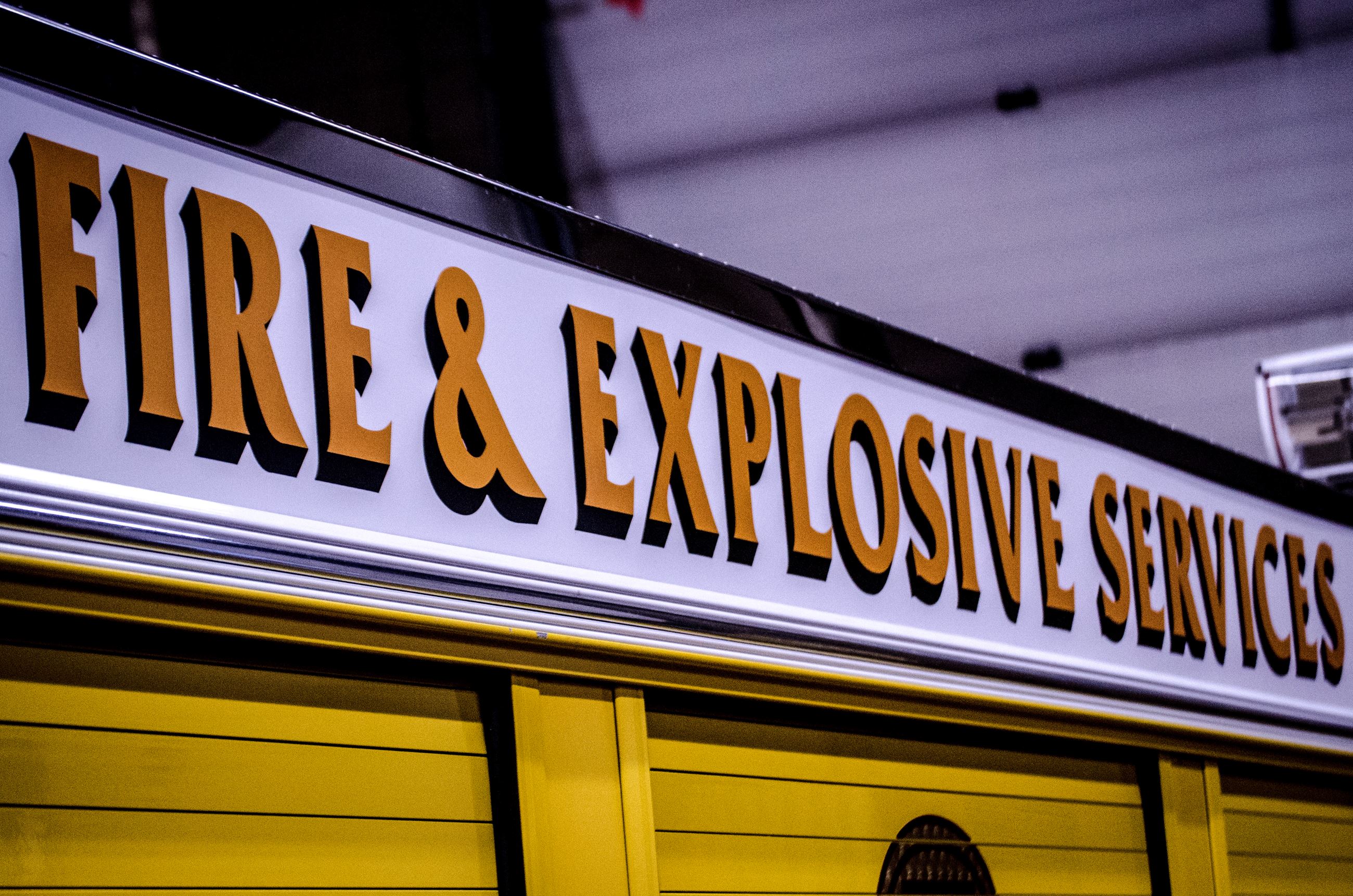 The Fire and Explosive Services Unit exists to investigate all fire and explosive-related incidents in the City of Annapolis. The Investigators work to determine the origin and cause of fires. When cases are closed, the information is loaded into our reporting system.

The unit consists of one Lieutenant and four Investigators to whom each is assigned an explosive detection canine. All investigators are trained as firefighters, emergency medical technicians or paramedics, hazardous materials technicians, law enforcement officers, fire inspectors, fire/explosive investigators, bomb technicians, and canine handlers. The cost for most of the bomb squad equipment and explosive canines was procured through federal terrorism grants, civic groups, the United States Naval Academy, and city funding. The unit is one of only 420 Nationally Accredited Bomb Squads in the United States and is currently considered a Type 1 Bomb Squad under federal guidelines. They remain part of the Special Operations Team and respond to all Special Operation incidents as part of the duty team.

The City of Annapolis is the heart of State, County, and Local Government in addition to being the home of the United States Naval Academy and St. John's College. This unit is also called upon to conduct explosive sweeps and render safe procedures for major events and dignitary visits.

During the 1970s and 80s, the Fire Investigations Unit was handled by the Annapolis Fire/Arson Task Force. This included members of the Fire Department, the Police Department, and the State's Attorney's Office. All members were assigned police powers and training. The unit was tasked with handling the City's high arson rate at the time. In 1984 the unit trained two members to handle explosive incidents to include render safe procedures. These individuals were trained by the military at the Naval Surface Warfare Center Explosive Ordnance Disposal Technology Division in Indian Head, Maryland, and formed the original Annapolis Bomb Squad.

The unit continued to expand and teamed with the State Fire Marshal's Office in 1996 to enhance the explosives render safe capabilities and sent investigators to train with the Federal Bureau of Investigations and the United States Army at the Redstone Arsenal in Huntsville, Alabama. This facility trains and certifies all civilian bomb technicians. Our department pays for the original training and all re-certification costs are covered by the Federal Government.

In 1997, the unit added an Explosives Detection Canine team as a collateral duty of one of the investigators in the unit. A needs assessment was conducted after increased bomb threats during this time period. The City had waited several hours for buildings to be scanned by canines due to limited resources in the area. The first canine was donated by the Annapolis Lions Club.

View photos of the Fire and Explosive Services Unit.

As of  Friday, July 1, 2022, for any comments or complaints regarding Fire FESU personnel please use the