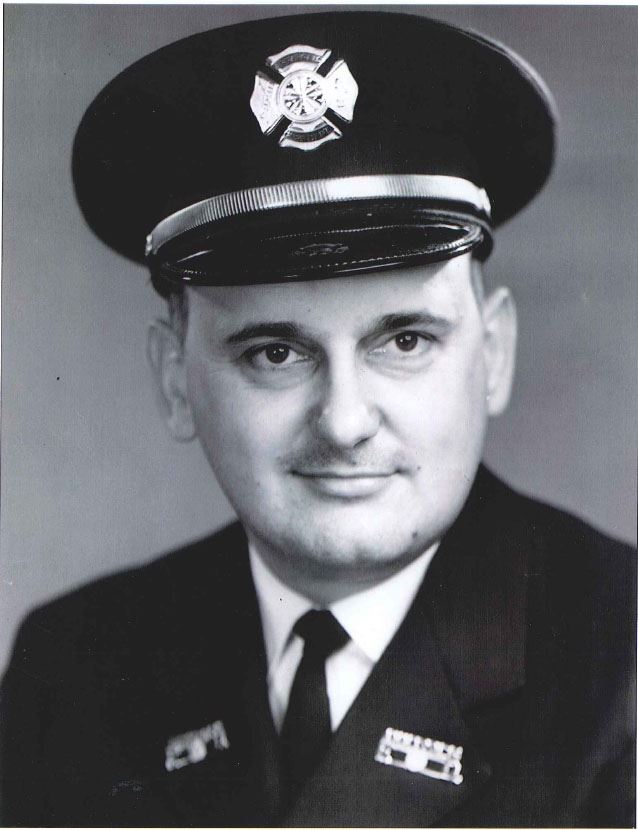 Chief Steele began his service to the City of Annapolis as a volunteer at the Rescue Fire Hose Company Number 1 in 1949 at the age of 16 where he became a Captain. He graduated from Oklahoma State University with a degree in Fire Protection Technology and was hired by the Anne Arundel County Fire Prevention Bureau (which later became the Anne Arundel County Fire Department) as a Deputy Chief. Due to rampant fire damage in the City of Annapolis causing soaring insurance rates, he was appointed as the Department's first career Fire Chief by Mayor Griscom and served from March 1964 - September 1987.

Chief Steele oversaw the progression of the career fire service in Annapolis and is credited with laying the foundation of the modern day Annapolis Fire Department. Chief Steele is also credited with bringing the City from a Class 7 - ISO (Insurance Services Office) rating up to obtaining a Class 3 - ISO rating before his retirement.

He reduced the average costs of fires in part due to developing a comprehensive water supply system for the City, increasing staffing, aggressive fire prevention and instituting training programs for all personnel. He worked with R. Adams Cowley, a pioneer in Trauma Treatment, in conjunction with area physicians and hospitals, to pioneer the Emergency Medical Services for the City of Annapolis. 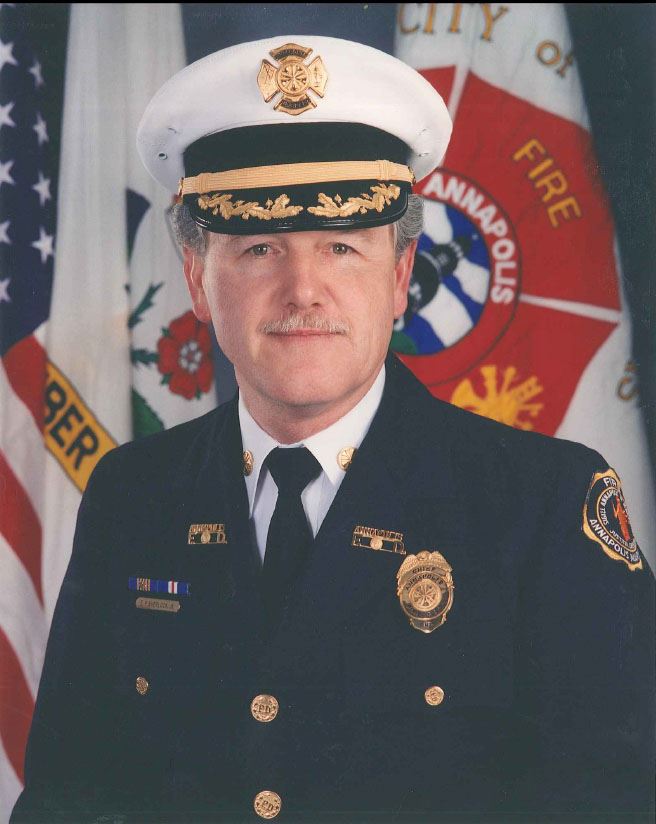 Chief Sherlock started his fire service career as a volunteer firefighter in 1958 only 2 weeks shy of his 16th birthday, and became a career firefighter in 1966. He went on to get a degree in Fire Technology from Catonsville Community College. He was a Charter Member of the Annapolis Professional Firefighters Local 1926 serving as Secretary, Vice President and President. He was appointed Fire Chief in 1987 and served as Fire Chief until his retirement in July 2004.

After his retirement, Chief Sherlock went on to serve as the Director of Emergency Management for the City of Annapolis until 2010. Chief Sherlock is credited with obtaining the Commission on Fire Accreditation International - Departmental National Accreditation for the Department. Over the years, he saw the Fire Department transform itself from a small-town brigade with black-painted, gasoline-engine trucks to a professional unit with the latest gear and training, including a hazardous-materials team, a fire boat, 2 explosive detection K-9's and a nationally accredited Bomb Squad. 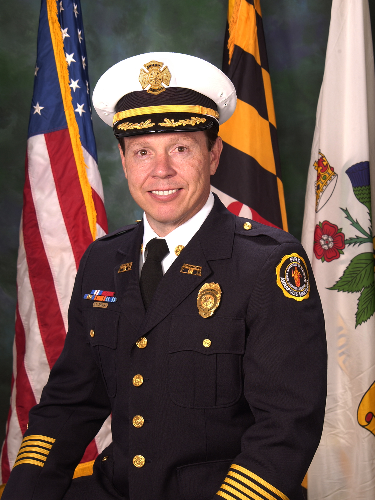 Chief Lonergan was hired as a Firefighter in September 1976 where he worked through the chain of ranks and received a degree in Fire Management from the Anne Arundel Community College. He was appointed acting Fire Chief in June 2004 before being confirmed as the Fire Chief in October 2004. He served until his retirement in September 2005. Chief Lonergan is credited with the implementation of a new organizational structure, revised employee job classifications and descriptions, revised Emergency Medical Services Quality Assurance program and overseeing the acquisition of Federal and State grants to replace the department's fire boat. 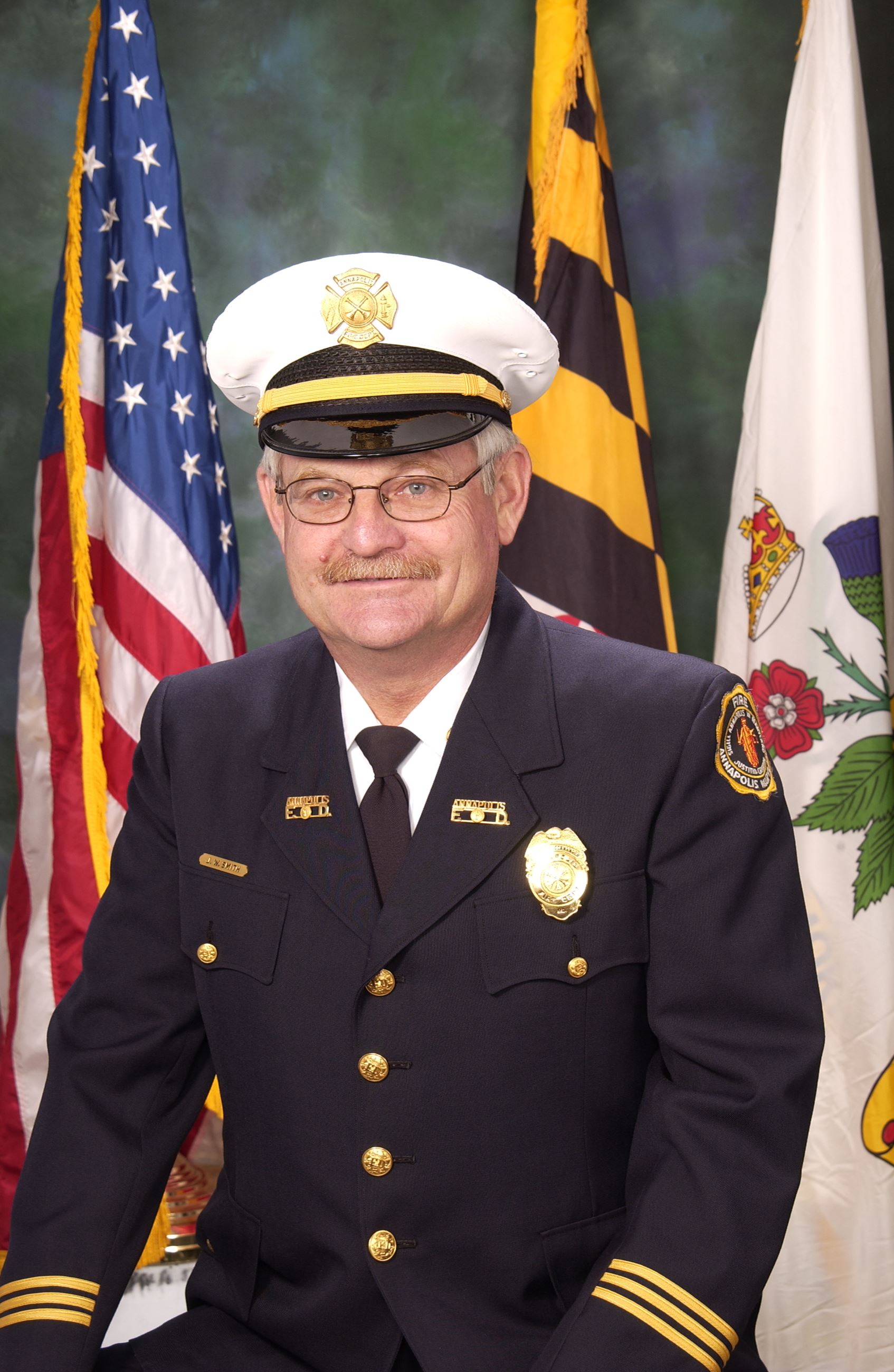 Chief Smith served the citizens of Annapolis for over 43 years, starting his career in August 1966. He went on to get a degree in Fire Technology from Catonsville Community College. He served as the Ambulance and Rescue Officer developing much of the Department’s Operating Policy for ALS/BLS responses. Chief Smith served as the acting Fire Chief from August 2005 until October 2007 when he was appointed as Fire Chief.

He served as Fire Chief until his retirement in June 2010. He was the only person to hold all the ranks of the Annapolis Fire Department. Several highlights of his career include his belief of an inclusive Fire Department, the development and implementation of the Preceptor Paramedic Program for the Department and the assistance he provided in helping to pass legislation requiring fire sprinklers in single family homes, which continues to save lives and property. 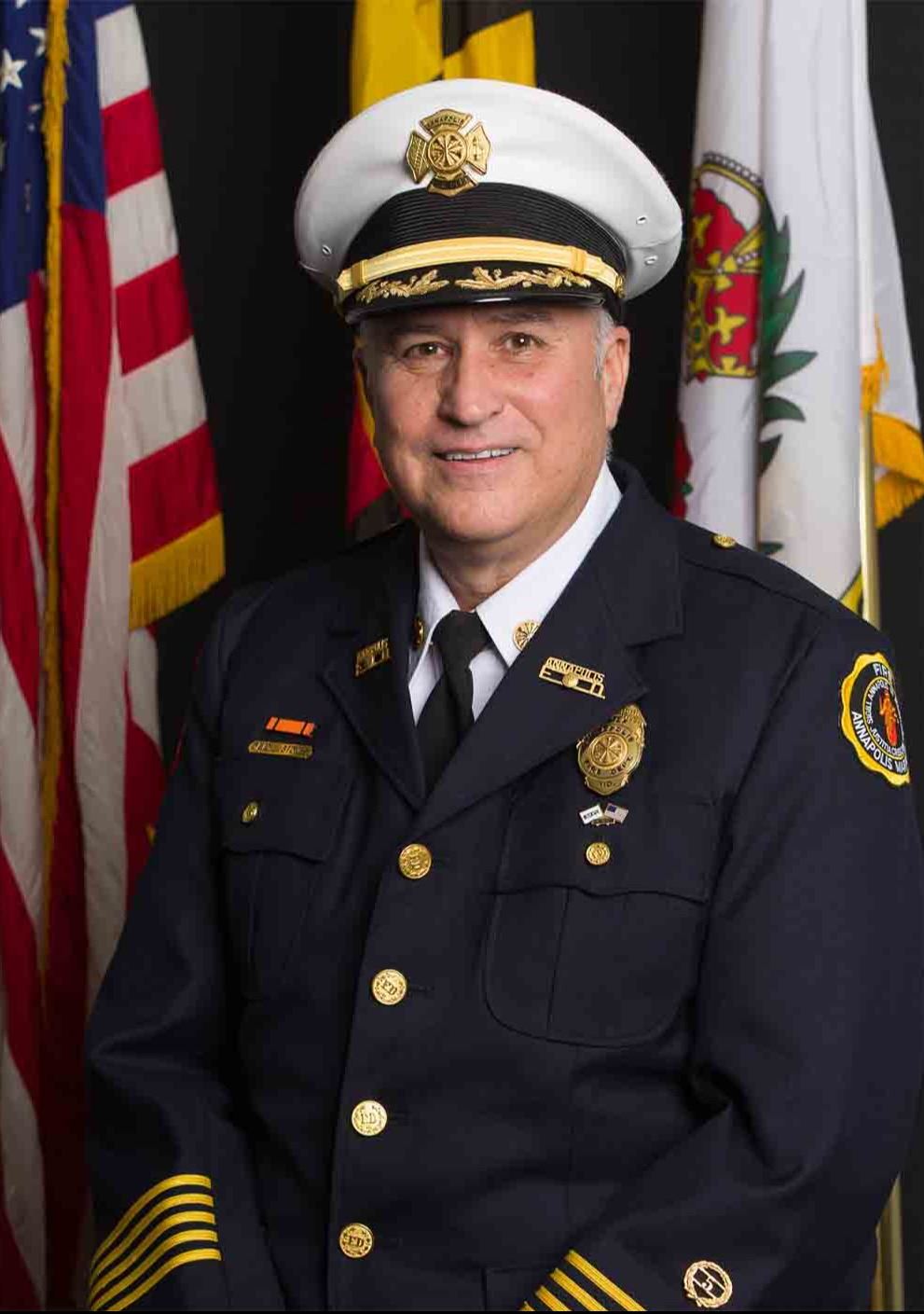 Chief Stokes began his fire service career as a volunteer firefighter at the Eastport Fire Company in 1972 and entered the career fire service in 1979 at the Anne Arundel County Fire Department where he worked his way through the ranks before retiring as the Fire Chief in 2008.  In 2010, he was hired by then Annapolis Mayor Josh Cohen to serve as the 5th career Fire Chief of the Annapolis Fire Department until his retirement in 2019.  He forged a positive working relationship with the Firefighters’ Union and Volunteer leadership to improve the Department and the services provided to our citizens.  He worked to improve firefighter safety and developed strategies to reduce injuries.  He is credited with improving the Department’s ISO rating from a Class 3 to a Class 1, and increasing diversity in the Command staff by hiring the Department’s first African American Deputy Chief, promoting the first African American Battalion Chief, first female Battalion Chief and first Hispanic Officer.  Chief Stokes was very versed in vehicle maintenance and upgraded the entire fleet.  He promoted training opportunities outside the Department and obtained a SAFER grant to hire 12 firefighters.  EMS Revenues doubled under his command.   He oversaw the updating of the Operating Procedure Manual and was tapped by Mayor Buckley to serve as the Acting City Manager for several months.  Chief Stokes started a program to recognize the anniversary of Line of Duty Deaths of Annapolis Firefighters by conducting annual gravesite memorial services.  Although one of Chief Stokes’ major goals was to prepare the City and Department to handle an Active Assailant event, which he believed, was inevitable and he worked tirelessly to achieve this goal, he always said his greatest achievement was that there were no civilian or firefighter fire-related deaths during his tenure as Fire Chief.