Murals in Annapolis Become a Destination for Visit

I came to public office after a conflict with City officials over a mural on my building on West Street. The Jeff Huntington, “Agony and Ecstasy Live Together in Perfect Harmony,” is a favorite mural of mine and worth the trouble and legal fees it cost me and my business partners to keep it on our building.

So it should be no surprise that I have been enthusiastic about the Art in Public Places Commission’s (AIPPC) cooperation around the City on a number of public art projects. One of the things I most enjoy about public art is that it is not held in private collections behind closed doors. It is out in the world for everyone to enjoy. 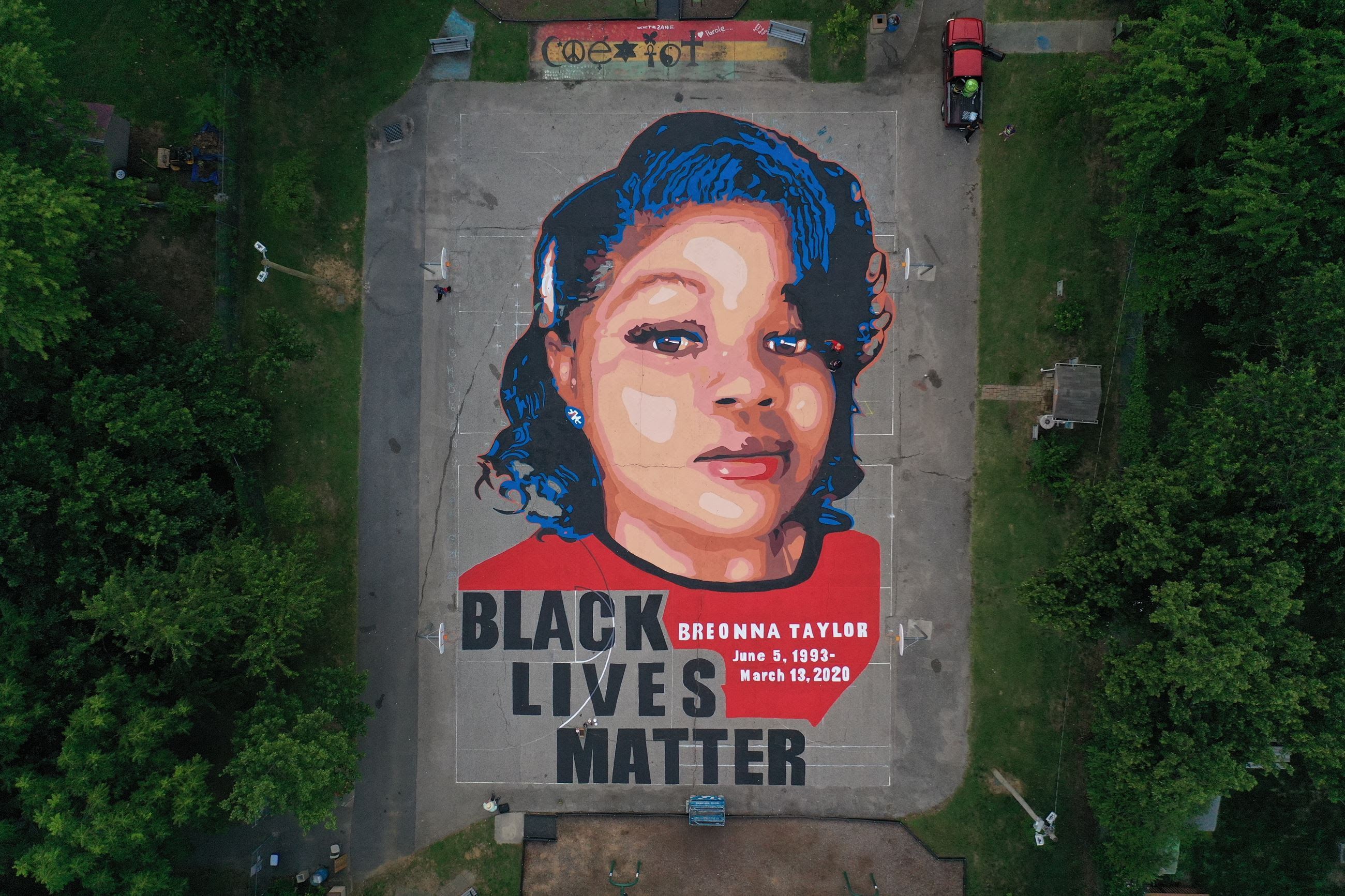 A recent piece of public art in our City that I want to bring to your attention, is one that has garnered national attention. It is a mural of Breonna Taylor on the basketball court at Chambers Park (14 Dorsey Avenue) in the Parole neighborhood of Annapolis.

Created as a collaborative effort by Future History Now, a nonprofit that facilitates collaborative art with underserved youth who are facing adversity, the mural was painted to call attention to brutality against Black Women in our country.

The mural was designed by Jeff Huntington and painted over the July 4th weekend with hundreds of volunteers and dozens of participating organizations, including the Banneker Douglass Museum in Annapolis and the Maryland Commission on African American History and Culture.

Honored in this 7,000 square foot mural is 26-year-old Breonna Taylor, who was killed by police in her home in Louisville, Kentucky while she slept in her bed. People from all over Maryland and our country have come to visit it in person and I often see the mural accompanying stories about Ms. Taylor on the national news.

The artwork was dedicated in August and in September, Breonna Taylor’s mother made the trip to Annapolis with many family members to see the image that honors her daughter.

Future History Now has also created murals all over the world including a Harriet Tubman mural in  Chestertown, MD. Additional murals and art projects by FHN locally in Annapolis are at the Stanton Community Center, Newtowne Twenty, Banneker Douglass Museum and a mural of rapper and Annapolis native Edward Montre “Tre Da Kid” Seay. The Tre Da Kid mural sits on the site where he was gunned down while driving down Forest Drive one summer evening in 2019.

If you ever drive down West Street, you know where Pinkey’s West Street Liquors is located in the 1100 block of West Street, and may have noticed they have a new mural. The Carlester “Walking Man” mural on the side of Pinkey’s was created with community involvement, participation, and it received support from AIPPC.

The mural was designed at the end of July by artist Comacell Brown, Jr. and painted by himself with the help from Luther Wright, Dee Ward, Jamison Scott, Maurice Taylor, Letia Smith, Kattisha Smittick, and Chad Wilkerson.

This mural depicts Carlester Smith, known to many Annapolitans as “Buckwheat” or “Bag Man,” who was a fixture in the West Street corridor for decades where he picked up trash and waved his bags in the wind.

For a catalog of the city’s murals, visit the AIPPPC catalog page.

Additional murals that might be coming our way, pending approval from Historic Preservation, include: