Learn more about the efforts to mitigate flooding in Downtown Annapolis

The City of Annapolis contracted with AECOM to develop final engineering design plans for the mitigation of flooding at Compromise and Newman streets through construction of a new pump station including a wet well, control building and back-up generator; realignment of the existing storm drain systems; and construction of a new bulkhead at the end of Newman Street. The proposed undertaking will require ground-disturbing activities that could potentially impact subsurface archaeological resources. To date, a Phase I Archaeological Assessment and a Phase II Archaeological Investigation were completed within the proposed location of the control building and wet well to determine if deposits associated with previously recorded site 18AP39 are present within the flood mitigation project’s limit of disturbance (LOD). See aerial map below.

The complete Phase I and II Archaeology reports can be found at the following links: 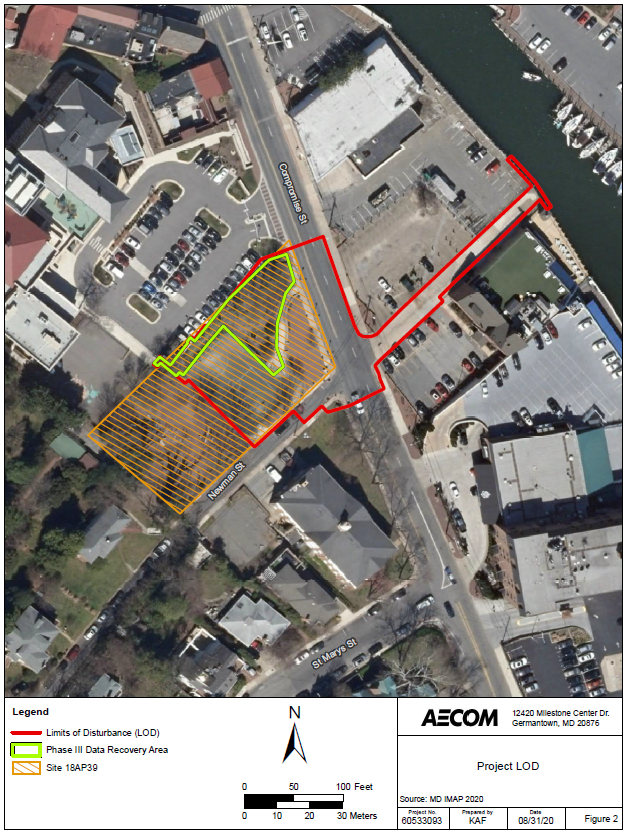 During the Phase II investigation 3,297 artifacts and intact archaeological features and cultural deposits ranging from the late-18th through the early-20th centuries were recovered. See images below of representative artifacts. Archaeological features included a late-18th century foundation, plank floor and post hole possibly constructed as early as the 1830s, as well as a brick foundation related to a building constructed no later than 1878. The 19th century features can be linked to at least two artisan/merchant class families living and working at these locations between 1840 and the 1890s. The 18th century deposits may be associated with an early commercial enterprise which existed in this vicinity.

Historic research revealed the ownership of the property as well as the occupational history of those portions of the LOD investigated, linking ownership and occupation to such people as Charles Carroll, Barrister and William Logan in the eighteenth century; the Hyde family, who operated a tannery on the property in the late eighteenth and early nineteenth centuries; John B. Flood, who operated a lumberyard on the property in the late nineteenth century; and numerous families representing the diverse economy of Annapolis in the late-19th and early-20th centuries, including Filipino immigrants affiliated with the U.S. Navy. See 1921 Sanborn Map below with project LOD and Phase III Data Recovery Area shown. 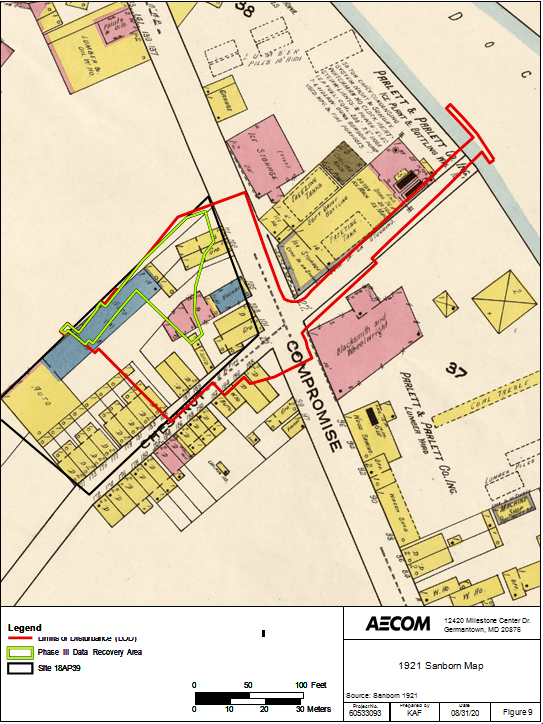 Weekly Updates on the Work and the Findings