The City of Annapolis is undertaking projects in downtown to help residents, businesses and visitors with the impacts of flooding. Over the centuries, and particularly in recent decades, this “sunny day” or tidal flooding has become both more intense and more frequent. In addition, replacing infrastructure in downtown has long been deferred due to cost and inconvenience. In the case of Hillman Garage, the structure itself is well beyond its useful service life. With the help of the City Dock Action Team, the City of Annapolis is ready to tackle these projects. This page provides one-stop shopping to the links for these various projects and the agencies or departments responsible for management and oversight.

Below find links for relevant information to the rebuild of Hillman Garage and the revitalization of Annapolis City Dock. The City has entered a Pre Development Agreement (PDA) with Annapolis Mobility and Resilience Partners (AMRP) to study, design, and develop the rebuild of Hillman Garage through a special self-financing arrangement whereby the new garage would be leased back to the partners to operate while the City maintains ownership. The partners would then have the opportunity to bid on the redevelopment of City Dock. For more details on the Pre Development Agreement, please see the following links:

One of the unique financing arrangements that might be available to the City for the redevelopment of City Dock is the creation of a Resilience Finance Authority. More information on the ability of the City to establish this financing authority can be found at the following links:

While City Dock redevelopment will take place over the next few years, ongoing flooding issues have required the City to look at short-, medium- and long-term solutions. In the short-term, the City has installed temporary underground pumps (summer 2019) into the stormwater drains on Dock Street and the end of Newman Street to address the issue of tidal flooding. This flooding occurs when, at high tide, water from the harbor/Ego Alley backflows into the storm drains and rises into the adjacent streets. This flooding in the area along Dock Street to Susan Campbell Park is sometimes called “sunny day” flooding because it can occur on perfectly clear, sunny days. A medium-term solution is a more sophisticated stormwater pumping station adjacent to Compromise Street that will move water that would otherwise flow into properties and the street and move it back out into the harbor. The pumping station solutions will be paid for with both City funds as well as state and federal financial support, including FEMA grants and state flood-mitigation funding. The long-term solution to address flooding in historic downtown, flooding that is both more intense and more frequent, is the redevelopment of City Dock as outlined by the City Dock Action Team’s final report, published in January 2020. Details on all of these projects are available at the following links:

Much of the foundational work and research regarding these projects is credited to the 100-person Task Force formed in 2019 to help the City crowdsource the approach while providing transparency in all aspects of the redevelopment process. For more information on the final report of the City Dock Action Team and Working Groups, please read their final report to the City Council.

Guardians of the First Amendment Memorial

The Caucus of African American Leaders, joined by the County and the Governor, have spearheaded an effort to create a memorial to the First Amendment in response to the mass shooting on June 28, 2018 at the Capital Gazette newspaper that claimed the lives of five employees of our hometown Annapolis newspaper. Located on Compromise Street (near Newman St.), the Guardians of the First Amendment Memorial will serve as a place of reflection and remembrance. The memorial will be constructed in early 2021 and will be unveiled at a ceremony scheduled for June 28, 2021.

Sketches of the design are provided by the architect: 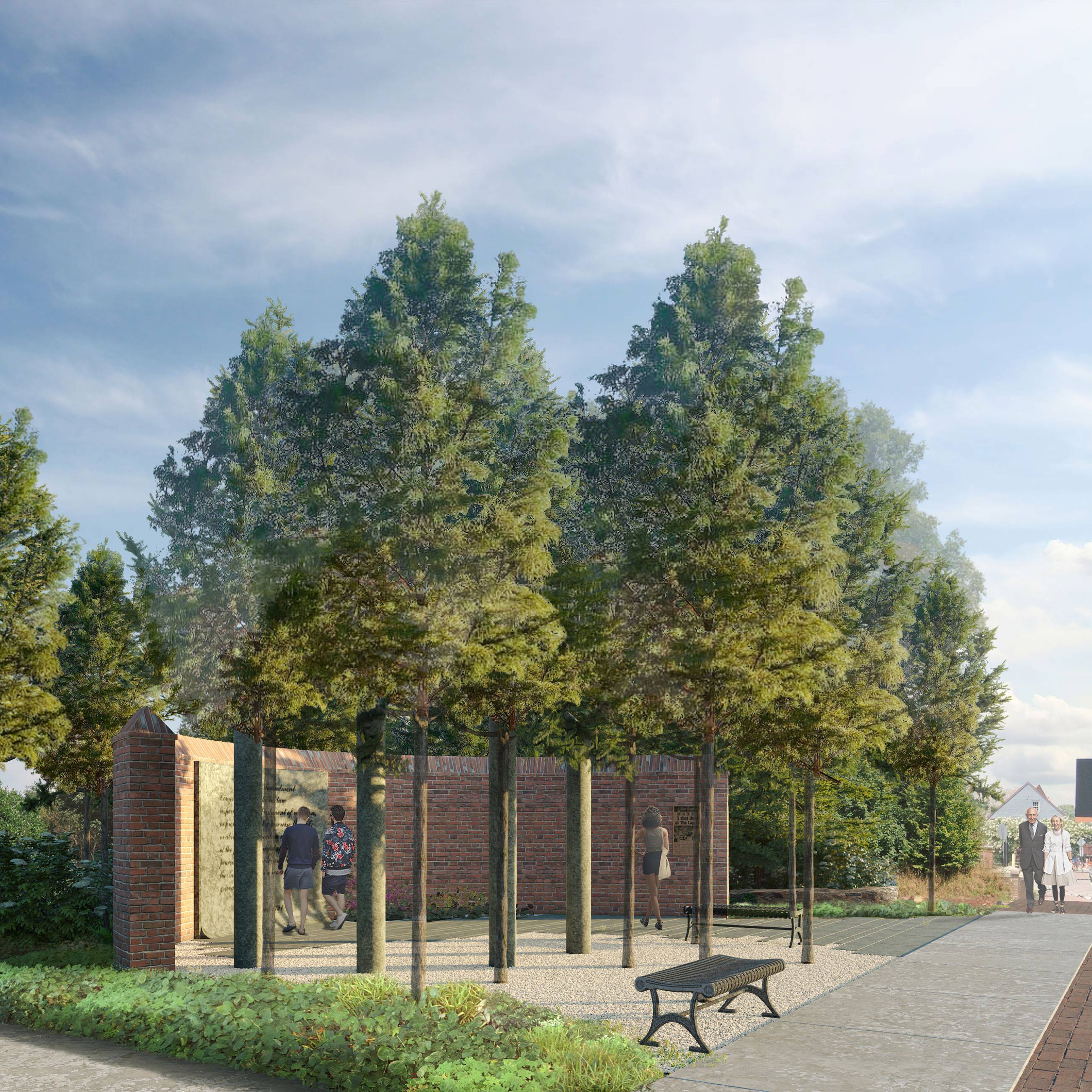 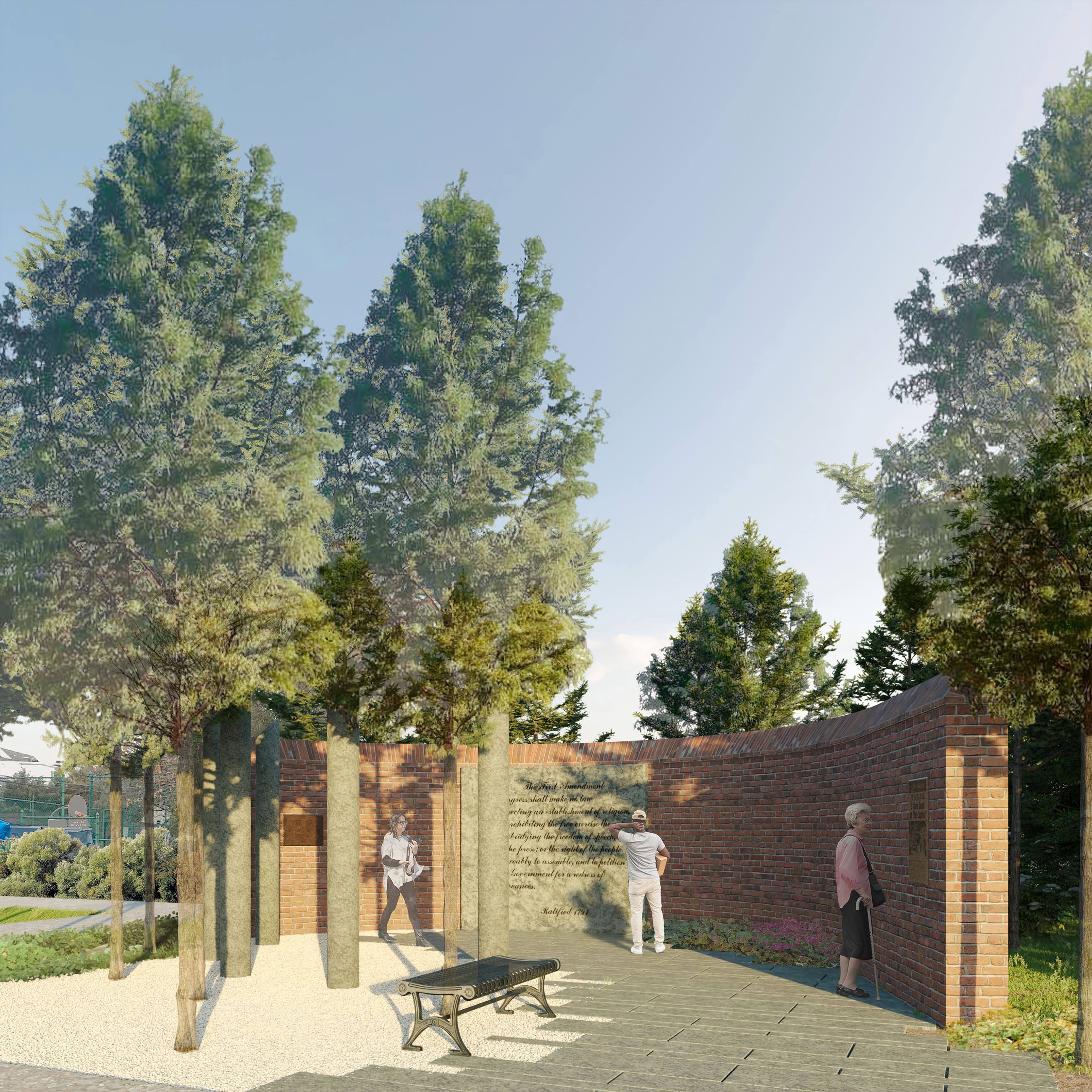